Our Definition of Family Violence

Home › About Us › Our Definition of Family Violence

Community Initiatives against Family Violence (CIAFV) is committed to working towards a collaborative, coordinated, community response to Family Violence and Bullying within the City of Edmonton and surrounding area. In the interest of promoting care and understanding surrounding these important issues, we have created this brief information sheet to answer some of the most common questions regarding family violence.

What Is Family Violence?

Is Family Violence an Issue in My Community?

In 2009, Alberta had the second highest rate of self reported family violence incidents among the provinces, (Family Violence in Canada: A Statistical Profile, 2011, Statistics Canada) after many years of having the highest rate. The City of Edmonton Police Services responds to upwards of 6000 family violence cases per year. Family Violence occurs in every community, and does not discriminate on the basis of age, gender, income, education or culture. Family Violence is not limited to intimate partners, but can occur in any relationship, such as dating, parent-child, same sex, siblings and cohabiting. Because of the private nature of family violence and the fear and shame that inhibits many victims from talking about the issue, it is virtually impossible to determine exactly how many people are subject to violence. However, 7.6 percent of women in Alberta reported being abused by their intimate partner between 2004 and 2009, with 22% of these spousal violence victims stating that they had been sexually assaulted, beaten, choked, or threatened with a gun or a knife. (Family Violence in Canada, A Statistical Profile, 2011, Statistics Canada).

The terms family violence, domestic violence and spousal abuse are often used interchangeably to describe a deliberate, reoccurring, pattern of behaviours. These behaviours can take any or all of the following forms, and often increase in frequency and severity over the course of the relationship.

Physical abuse refers to actions that cause physical discomfort, pain or injury. Physical abuse can involve slaps to full physical assaults involving kicking, pushing and punching causing serious harm. Physical abuse is considered assault under Canadian law. Physical abuse in violent relationships may also evolve to the point where the mere threat of physical violence can be effectively used in order to intimidate the victim to comply with the wishes of the abuser.

Financial abuse refers to the controlling of funds and/or property through force, fraud, manipulation, trickery, and/or theft. Financial abuse occurs when a single person controls all the financial resources (money, property, credit) within a relationship and uses this power as a means to exert control over their partner. People experiencing financial abuse might not be “allowed” by their partners seek employment, open their own bank accounts, own property or contribute in the making of financial decisions.

The terms psychological abuse and emotional abuse are often used interchangeably. They both refer to the deliberate, calculated infliction of mental or emotional anguish by threat, humiliation, blaming, and/or intimidation. Psychological abuse erodes the self esteem of the victim, often leading them to doubt their abilities and self worth. Verbal abuse, such as name calling and putting down, is considered to be a form of psychological abuse.

Neglect refers to a lack of action to provide the basic necessities of life and care for the dependent victims he or she is responsible for. Basic needs include adequate and appropriate food, shelter, clothing, hygiene, and even love or care. Neglect happens to dependent persons. For this reason, it most typically involves children or dependent elders who are not taken care of properly by their families or caregivers.

Sexual Abuse refers to any unwanted sexual behaviours and/or contact through the use of force, coercion or exploitation. This can include non-consensual intercourse, exposure to sexually explicit materials, inappropriate touching, sexual name calling and language. Victims of sexual abuse are often under constant pressure to act, sexually, as their partner wishes and are made to feel guilty when not complying.

Cultural and/or Spiritual Abuse can be a particularly complicated form of abuse within multicultural communities and those with religious beliefs. In one form, the person using abusive behaviours attempts to separate their partner from religious and cultural supports by attacking or ridiculing his/her belief system and/or culture. Victims are often forced to stop practicing or participating in spiritual practices. In another form, spirituality or religion can also be used as a means of controlling and forcing victims to accept spiritual beliefs or engage in spiritual practices that are not their own. Religious texts and cultural customs are often distorted by the abuser for their own benefit to justify their position of power.

Why Don’t They Just Leave?

Many people experiencing violence in their relationships do indeed leave. Leaving, like any life altering change, often occurs as a process, rather than as a single event. The average woman experiencing abuse will make many attempts to leave, on average seven times, before she is able to permanently remove herself from the relationship. For those who do stay, their reasons for doing so are as varied as the people themselves, but for many the following are true:

It is the only way of life they have ever known.

Many grew up in families in which they were routinely beaten and emotionally abused as children, or exposed to violence—they know no other patterns of behaviour and have learned to expect frequent incidents of violence. Abuse becomes their normal. Many are also so severely psychologically and emotionally abused that they no longer have the self-confidence or the trust in themselves to believe that they can leave their relationships and move forward.

Leaving an abusive relationship is the most dangerous time.

People often stay because the abuser has threatened to kill them if they leave, or to kill themselves, or to kill the children. Leaving could mean living in fear of being stalked, hurt or killed. People experiencing abuse believe these threats for good reason – the most dangerous time for an abused woman is when she attempts to leave her abuser. About 25% of all women who are murdered by their spouse had left the relationship. (Family Violence in Canada, A Statistical Profile, 2010, Statistics Canada). In one study, half of the murdered women were killed within two months of leaving the relationship. (Measuring Violence Against Women, Statistical Trends, 2006)

They fear being left alone and isolated.

Friends and family may not support their decision to leave. They may feel ashamed or embarrassed, or fear being stigmatized by others. Their cultural or religious community may not support separation or divorce and focus to “save the family”, rather than to “stop the violence”. Their partners may have systematically socially isolated them for years in an attempt to gain full control of their lives. Victims may feel they, literally, have nowhere to go and no one to turn to.

They lack the resources to leave.

Some are unemployed or underemployed. Many fear being a single parent with little or no access to the money and resources necessary to adequately support themselves and their children. In 2007, 23.6% of female lone-parent families were living in low income and continue to have one of the highest incidences of low income, more than four times that of two parent families. (Statistics Canada, 2007)

They believe the violence is their fault (and are often told it is).

Many are conditioned to believe they are responsible for making their marriage or relationship work; that if the relationship fails, they have failed as partners. They rationalise that if they were only better (or smarter, or prettier, or cleaner, or nicer….) than the abuse would stop. Abusive partners often shift the responsibility for the abuse onto their victims.

They believe their partner’s promises to change and that the violence will never happen again.

Abuse is often a gradual process which escalates over time. Abusers often express deep remorse and promise to change and it can take years for people experiencing abuse to admit that the violence will never stop. There are periods of calm, nurturing and love within the cycle of violence, often called the “honeymoon phase”. Those traits which initially attracted them to their now abusive partner will often resurface after a violent episode and the victim sees the abuser as a loving person again, thereby reinforcing their decision to stay. (Duluth Domestic Violence Intervention Project)

Can anything be done to help?

Many people successfully move forward from abusive relationships. By providing assistance in areas such as housing, transportation, counselling, advocacy, employment and safety planning, CIAFV member agencies provide essential services to families experiencing family violence, which greatly increase the chances of people experiencing abuse and their families moving forward into safer, healthier lives. Friends and family members of people experiencing family violence can often feel helpless. A supportive, non-judgemental listening ear and a commitment to always be there are often the best ways to help.

For additional support and information, people experiencing family violence and/or those that care for them can call: 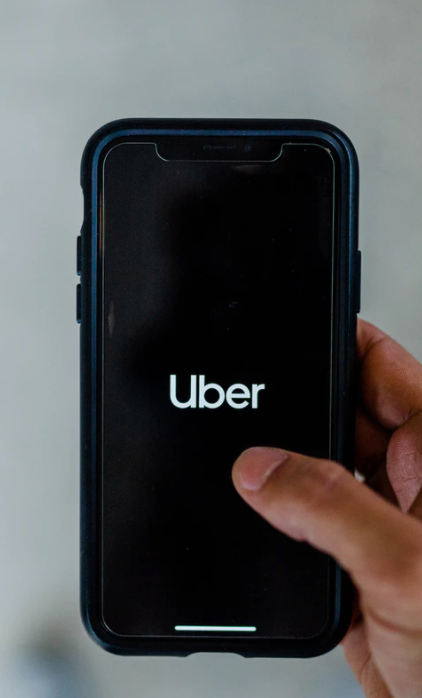 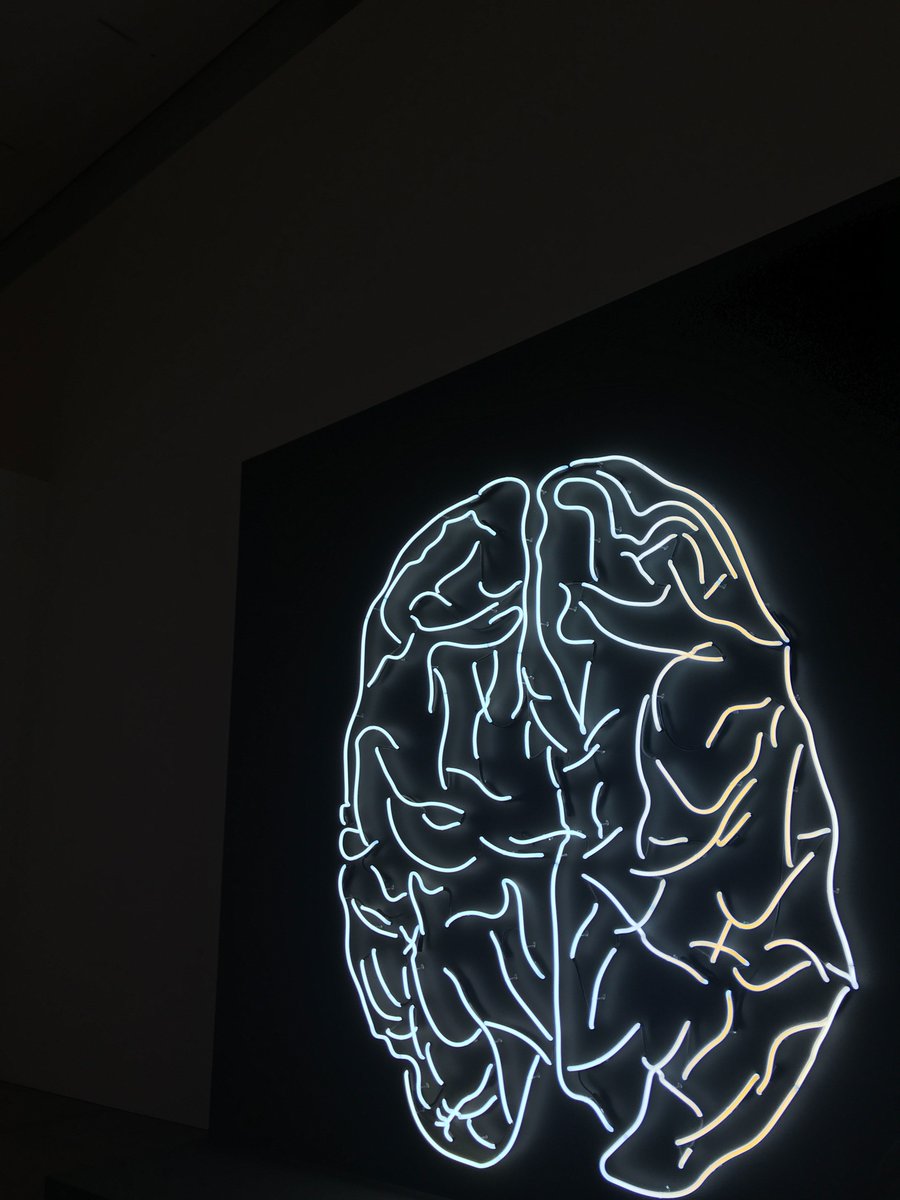 Tonight the high-level bridge will be lit orange for Sexual Exploitation Week of Awareness.Please visit edmontonsewg.com for more information!

Resources on staying mentally well while working from home under COVID-19. 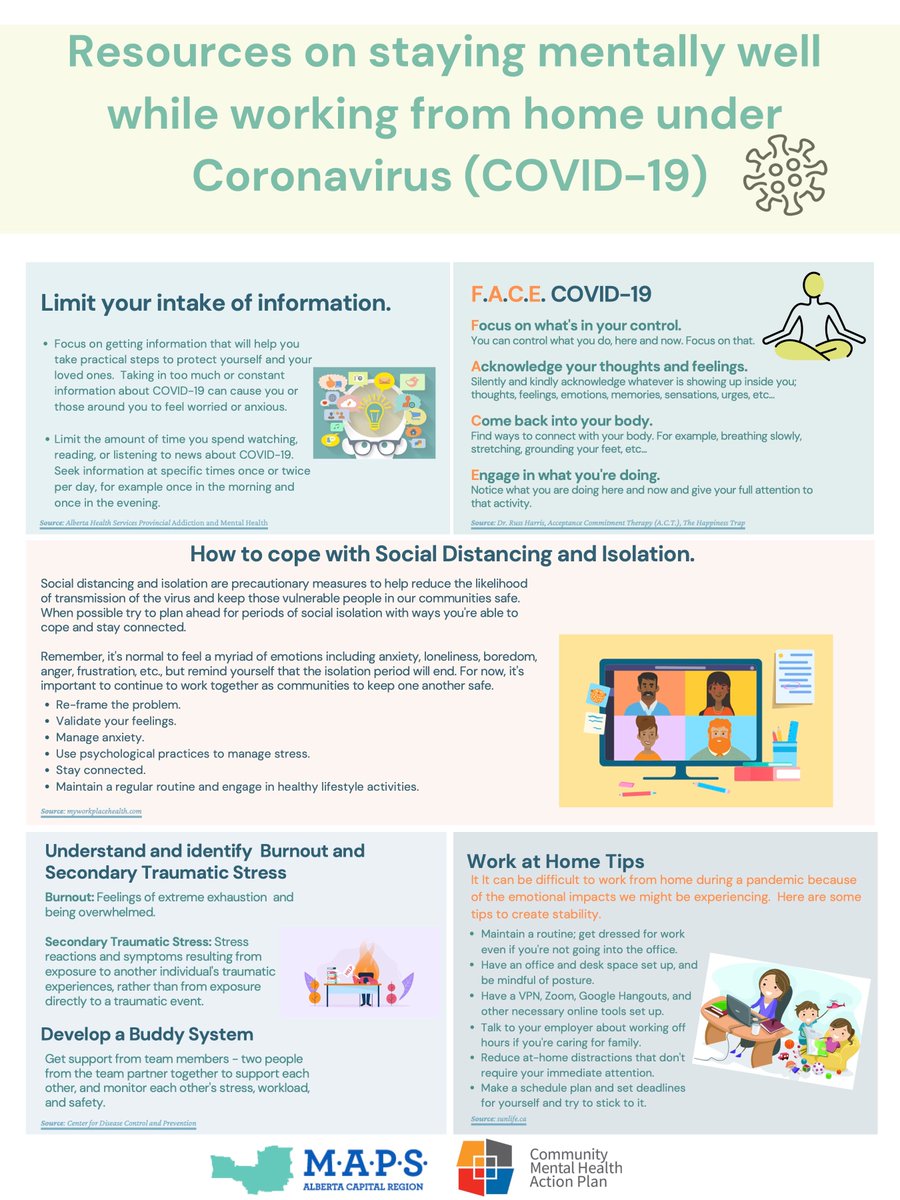 Working from home? Here is a resource poster! 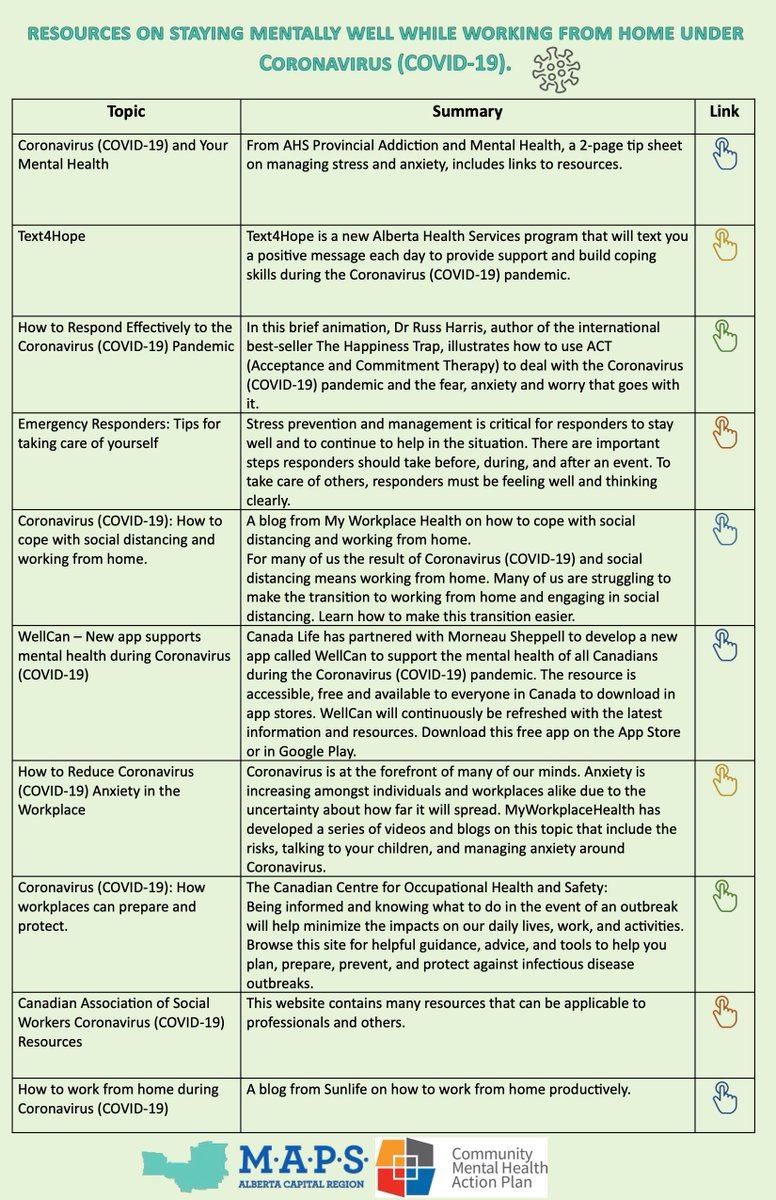 From @sacetalks in the @edmontonjournal: What if staying home in a pandemic isn't safe? buff.ly/2Z1Lhux 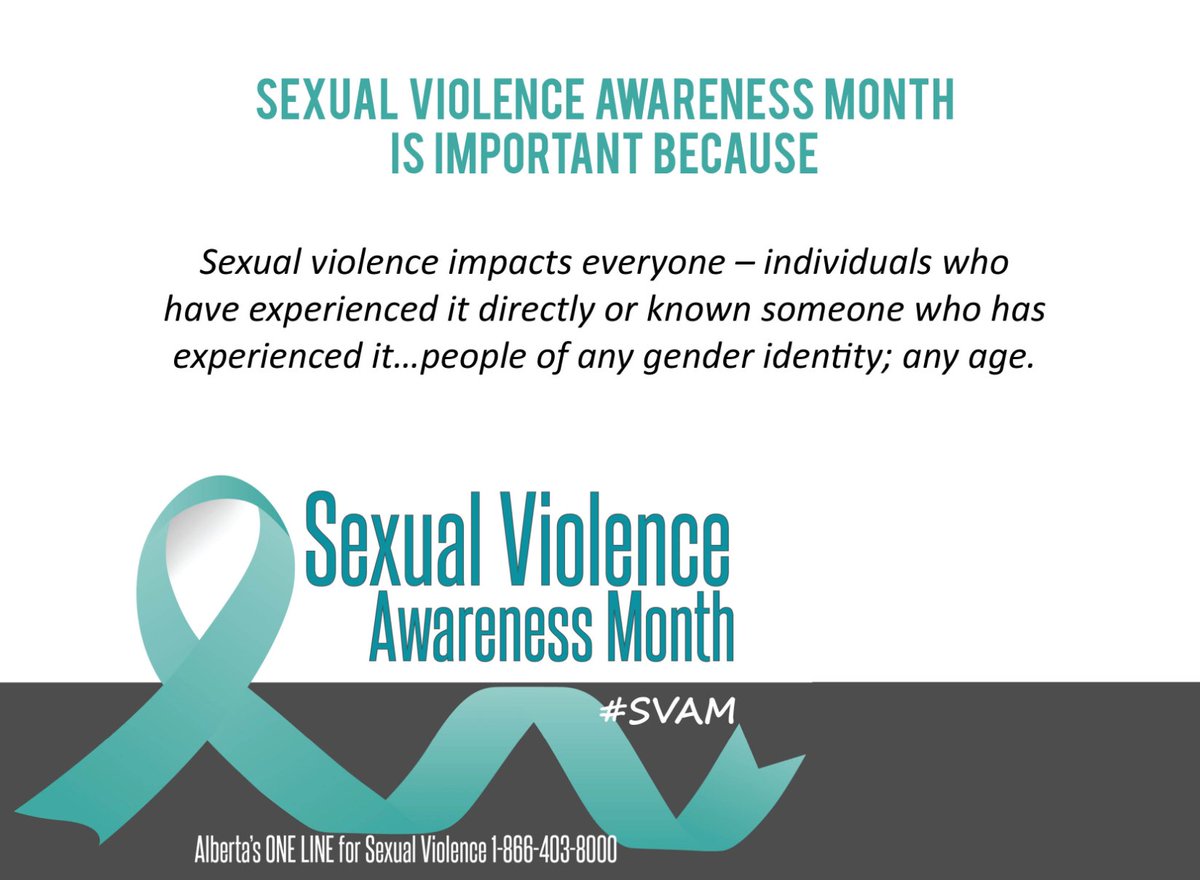 Worthwhile use of your time! twitter.com/SagesseCalgary…

Staying home can be a risk factor for increased intimate partner violence. If you would like to learn how to recognize and respond to domestic violence disclosures during isolation, register for our REAL Talk webinars today: https://t.co/GusfvB4rVP pic.twitter.com/uTax8uwnK8

If you or someone you know is trying to find #WhereToTurn call 310 1818 for more information.buff.ly/2WqxXOT'Why didn't any of us see something?' friend asks after Strathcona County murder-suicide

We are deeply saddened to learn the news of family violence in Strathcona county buff.ly/2W7aWQA If you or someone you know are feeling unsafe or planning to leave get call 310 1818 for more information on #WhereToTurn 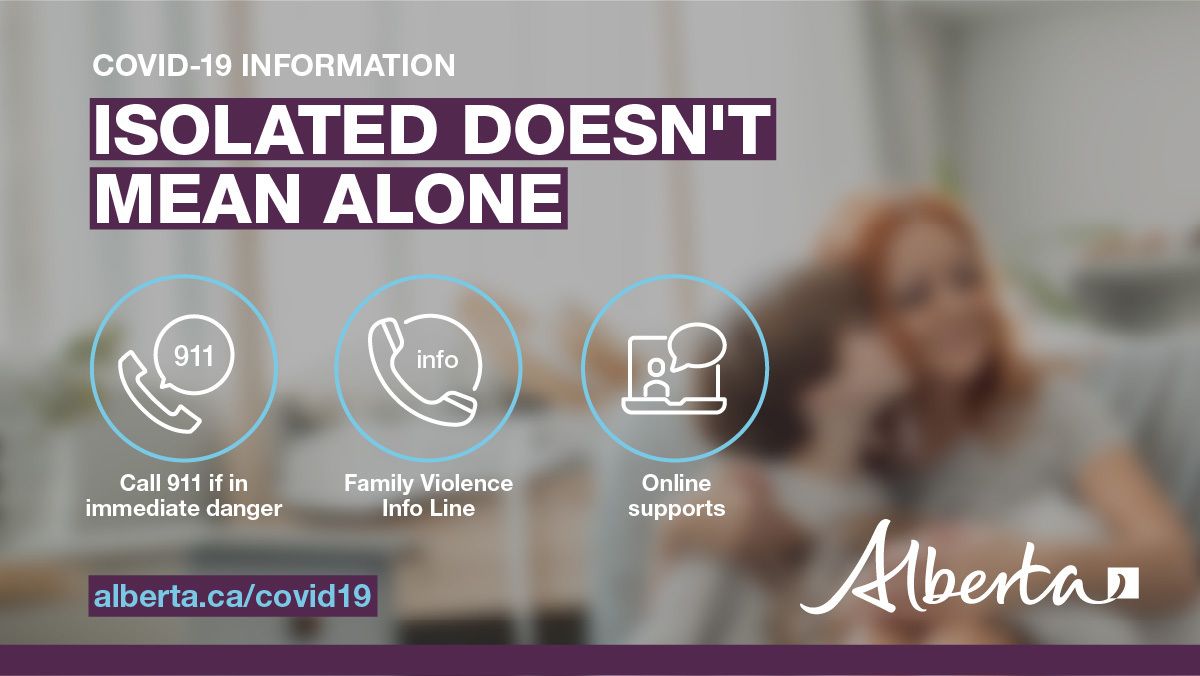 Connect and Collaborate with us Today

Enter your email address below to receive updates and more information on the work we do in Edmonton.